Cavallino is the hamlet that gave its name to the coast and it is the first centre after Jesolo and the bridge on the Sile River. In the central square, there is the ancient Palazzo Padronale dating back to the early 1600s (today a restaurant), and the Church of S. Maria Elisabetta, built in the early 1700s and modified many times. In 1631-’32 the Venetian Senate ordered the construction of the Cavallino canal (today Casson canal) and realised the “Conche Idrauliche” to allow the inland waterway navigation between Venice lagoon and the Piave River (today Sile River). In 1654, on the small island between the Casson canal and the Sile River, a building used for custom duties on wine and corn was built and, at the end of the XVII century, it was transformed into an inn that still carries out its activity.

The Lighthouse of Piave Vecchia, located on the mouth of the Sile River, was built in 1846 for military purposes by the Austrian Government, but it soon became an important point of reference for all the coastal navigation. Destroyed by the German army during World War II, it was then rebuilt between 1949 and 1951 thanks to the Civil Engineering Department of Venice.

Every Tuesday morning, in the centre of Cavallino, there is the weekly market where you can find clothes, home and personal accessories, local food and wine products and vegetables, such as aubergines, tomatoes, zucchini, and peppers. During summer, it is held in the specific market area in Via Fausta. It is one of the most famous appointments for both residents and tourists, together with the evening market that in summer is held on Friday evening in Santa Maria Elisabetta Square. 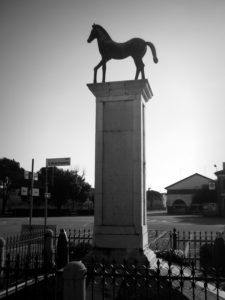 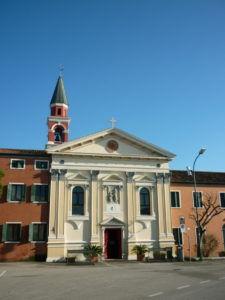 Along via Fausta, the main road of Cavallino Treporti, there is a functional and panoramic cycle track that touches various points of the territory starting from Cavallino (cemetery) and down to Punta Sabbioni. There are also other important cycle tracks: one along via Francesco Baracca, connecting Jesolo to Ca’ di Valle, another in the centre of Cavallino along the Casson Canal, for a more naturalistic itinerary.