Marking the municipal area to the north, the island of Saccagnana is home to the Ricevitoria di Treporti, the main water terminal for the ferries to Burano, Murano, Torcello, and Venice. The island owes its name to the medieval Sacca Magna, or large shoal. Near the Ricevitoria there is the Marina Fiorita dock, set up in a prime location at the intersection of the Treporti, Saccagnana, and San Felice canals, not far from the Lido port entrance  and easily accessible by land. The dock has been set up as the coast’s new tourist attraction. 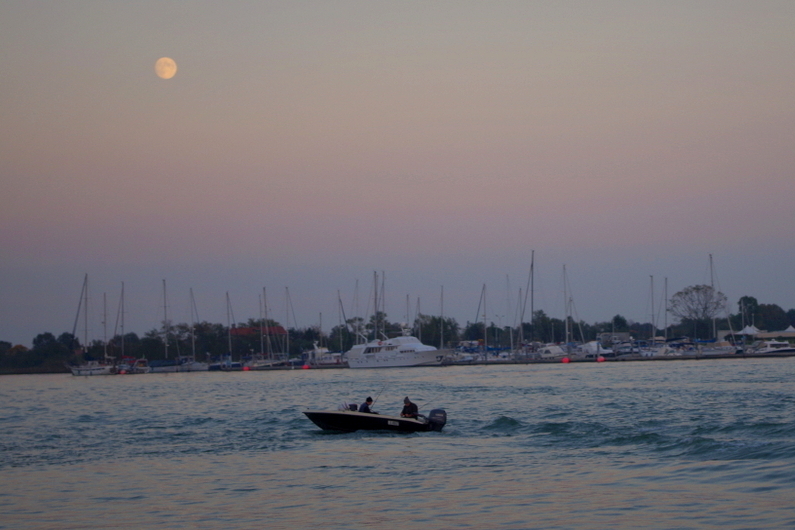 Continuing towards the hamlet of Lio Piccolo, we come across a small sixteenth-century Venetian villa known as the Casa padronale Zanella and a characteristic country courtyard, the Piazza del Prà, formed by a group of buildings arranged in a quadrangle. The Zanella manor house was completely restored between 1996 and 1998. It has a rosy plaster façade, a stairway to the residential floor, and a central dormer with a tripartite window and small balcony topped by a pediment with a coat-of-arms. The Zanella house, like other buildings in the village, may be visited on the outside. 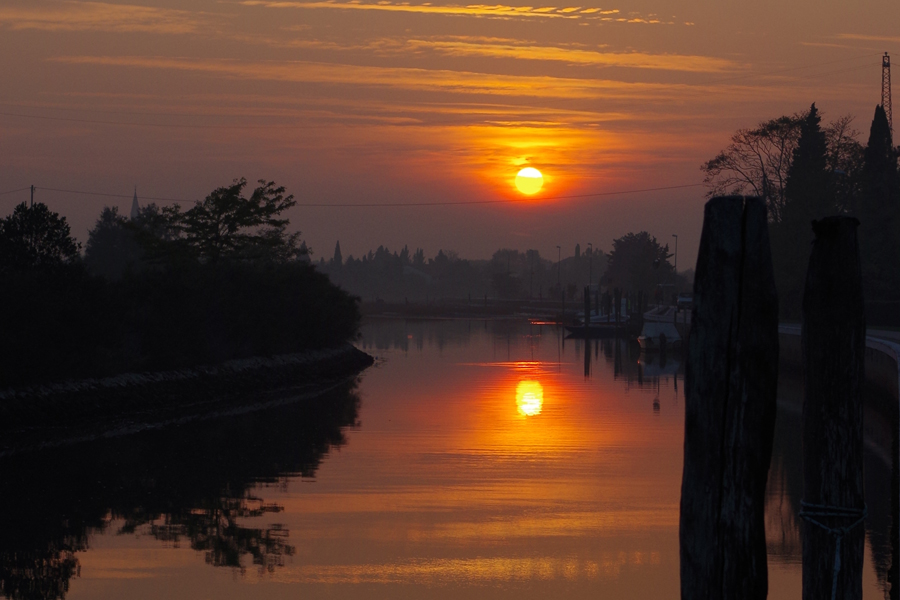 Passing Saccagnana, the road that winds along the banks becomes an ever narrower strip in the middle of the lagoon landscape that clearly separates brackish salt-marsh areas from tranquil fresh water ones. At the fork, you can decide whether to continue to Lio Piccolo or Mesole. The latter is a village with ancient origins, whose most distinctive attraction is Casa Rui, the convent with round chimneys. It seems that the name of the Mesole convent refers to an ancient nunnery founded in 1380 in this very location. According to other sources, its name comes from the fact that the building is located in an area that once belonged to Venetian monasteries that used these lands for their crops. Near the house is a small oratory from the XVII century, the Oratory of Santa Maria del Carmine. 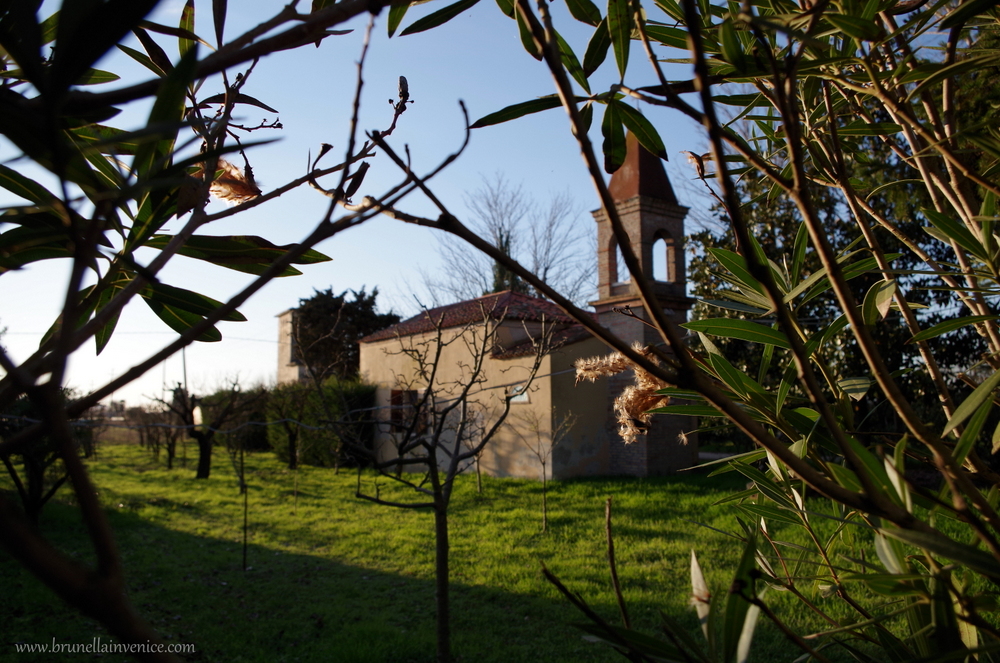 The hamlet unfolds along a narrow strip of land and is only accessible from Saccagnana Island almost as far as the island of Falconera. It is still a very important agricultural center. Among the expanses of water, green “shoals”, and tortuous channels, you can enjoy a rich population of waterfowl, including black-winged stilts, flamingos, and egrets. 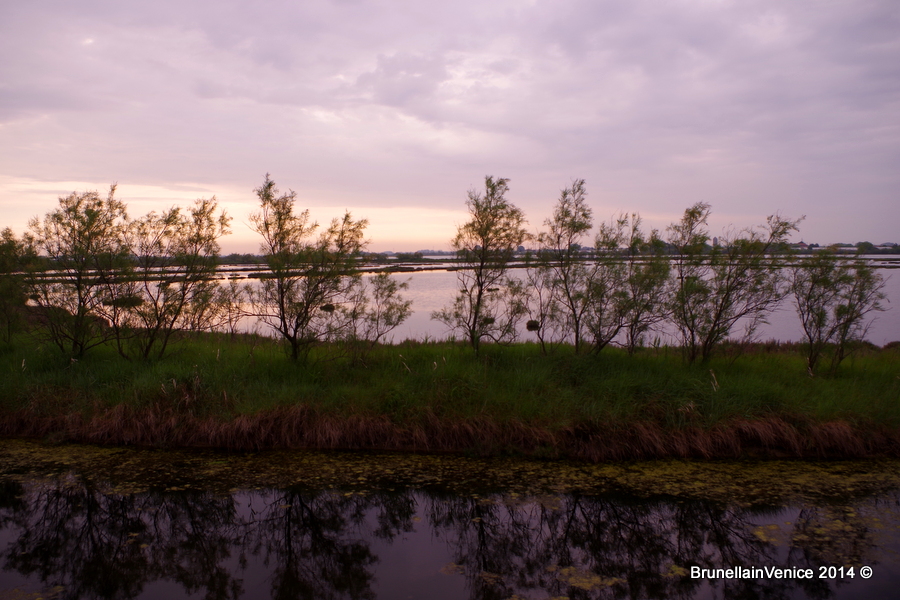 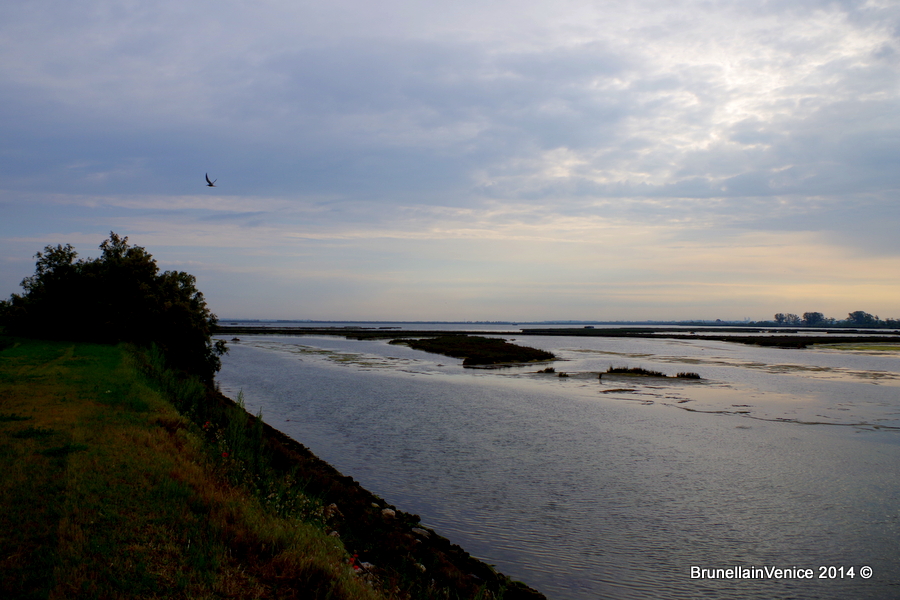