Punta Sabbioni and Lio Grando are among the most recent of Cavallino’s hamlets. Indeed, located at the southern end of the coast, the area developed for the most part only in the twentieth century, after the construction of the dam north of the port of Venice. Standing at the end of the Cavallino coast, going along the Dante Alighieri promenade, on the dike that forms the north-east border of the Venice-Lido port entrance, is the Punta Sabbioni lighthouse, a landmark for passing tourists and for the boats heading toward Venice’s lagoon. The original lighthouse is made of a metal, pagoda-shaped structure, painted in a black and white check. Rising to a height of 26 meters, it was built in reinforced concrete. The pagoda structure took 28 years to build, with work starting in 1882 and ending in1910. 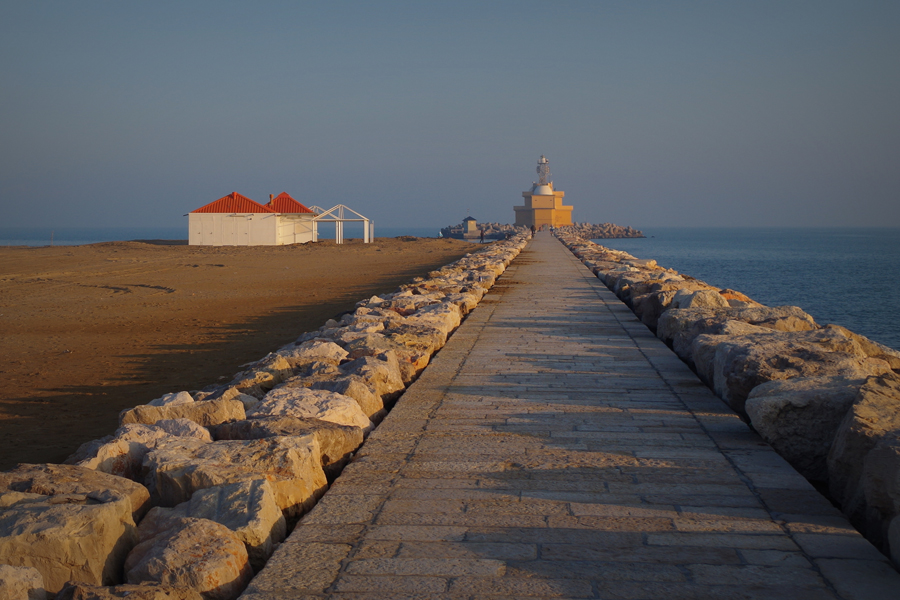 From here, you can admire one of the lagoon’s most beautiful scenic views that, together with Venice itself, was recognized in 1987as a UNESCO World Heritage Site. Punta Sabbioni’s very popular motor vehicle terminal, from where ferries depart for Venice, the Lido, Burano and Murano is located at the intersection of Via Fausta and the Dante Alighieri promenade, before reaching the pagoda lighthouse. Walking from the terminal to the lighthouse, you can also see part of the MOSE  project (MOdulo Sperimentale Electromechanical), built to protect Venice and its lagoon from high tides. 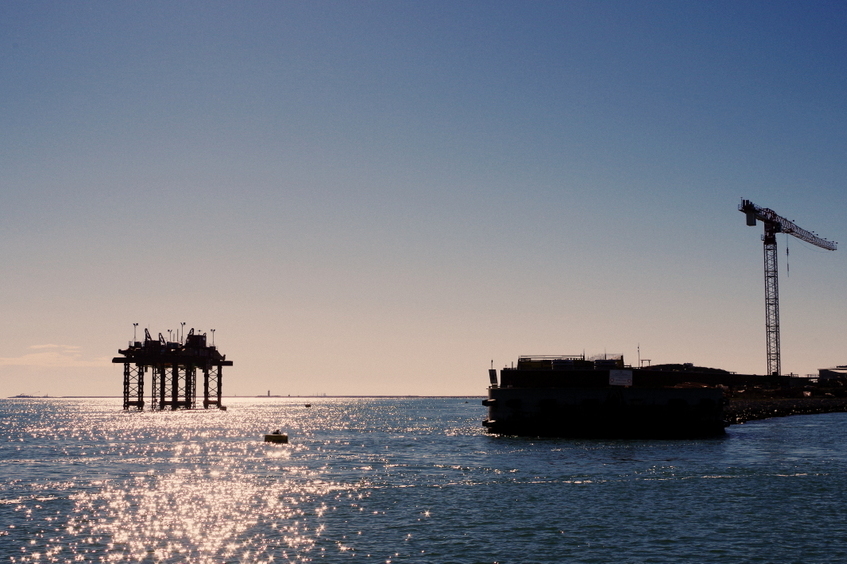 The Punta Sabbioni beach is an approximately 2-kilometer long stretch of golden sand that is completely free. It still retains many of the area’s typical characteristics with its dunes and pine forest. Punta Sabbioni is home to numerous campgrounds as well as to many restaurants and agricultural businesses that specialize in the production of artichokes (castraure), melons, tomatoes and so on distributed throughout Italy. Among the historic buildings to visit, we would like to point out the Forte Batteria Treporti, known as the Forte Vecchio (Old Fort), built by the Austrians between 1845 and 1851 to defend one of the entrances to Venice. In red brick and white Istrian stone, the Batteria Forte Vecchio is surrounded by an artificial moat that connects to the lagoon. It was modified during World War I and is the best preserved fortification in the northern lagoon. The building can be viewed from the outside. 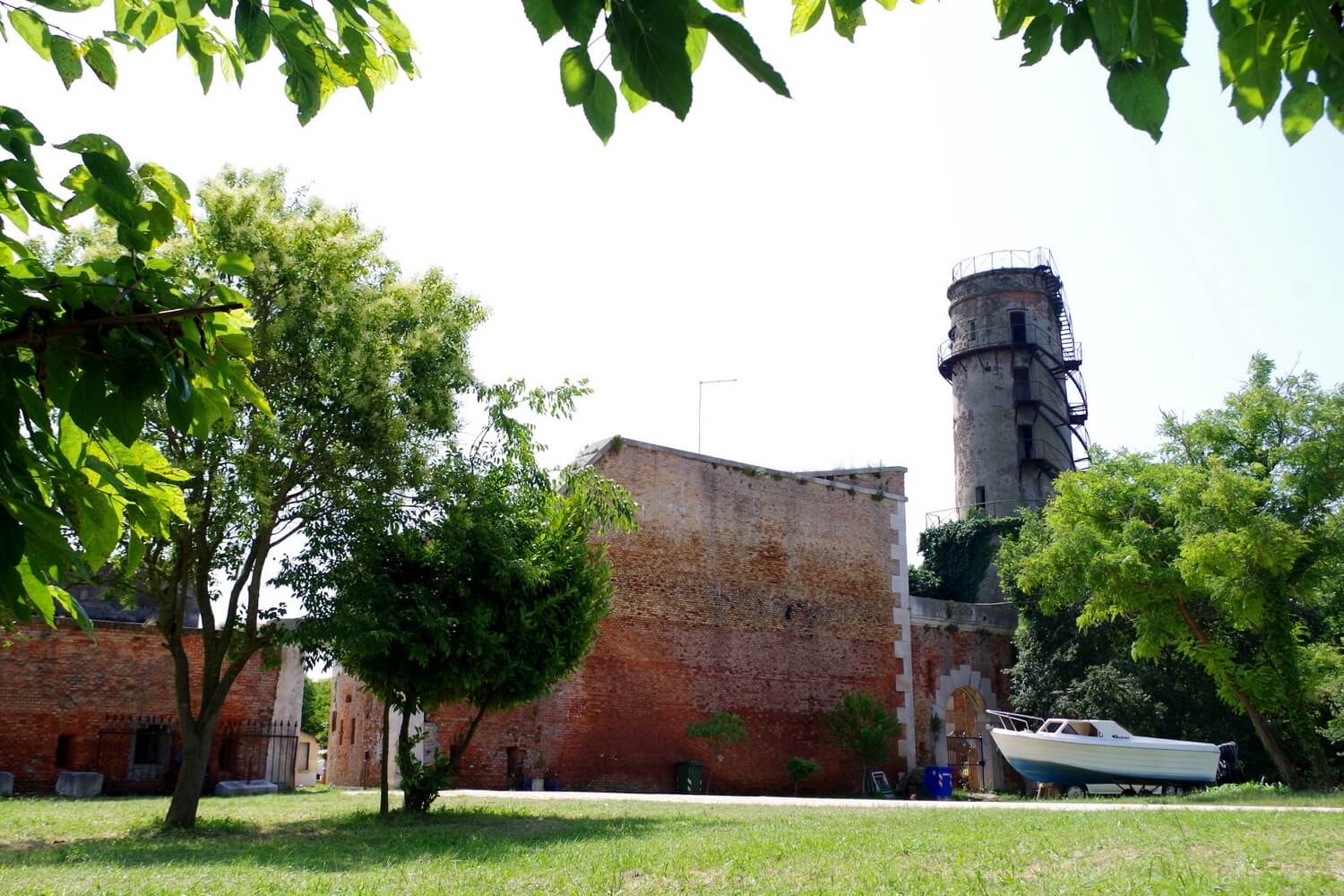 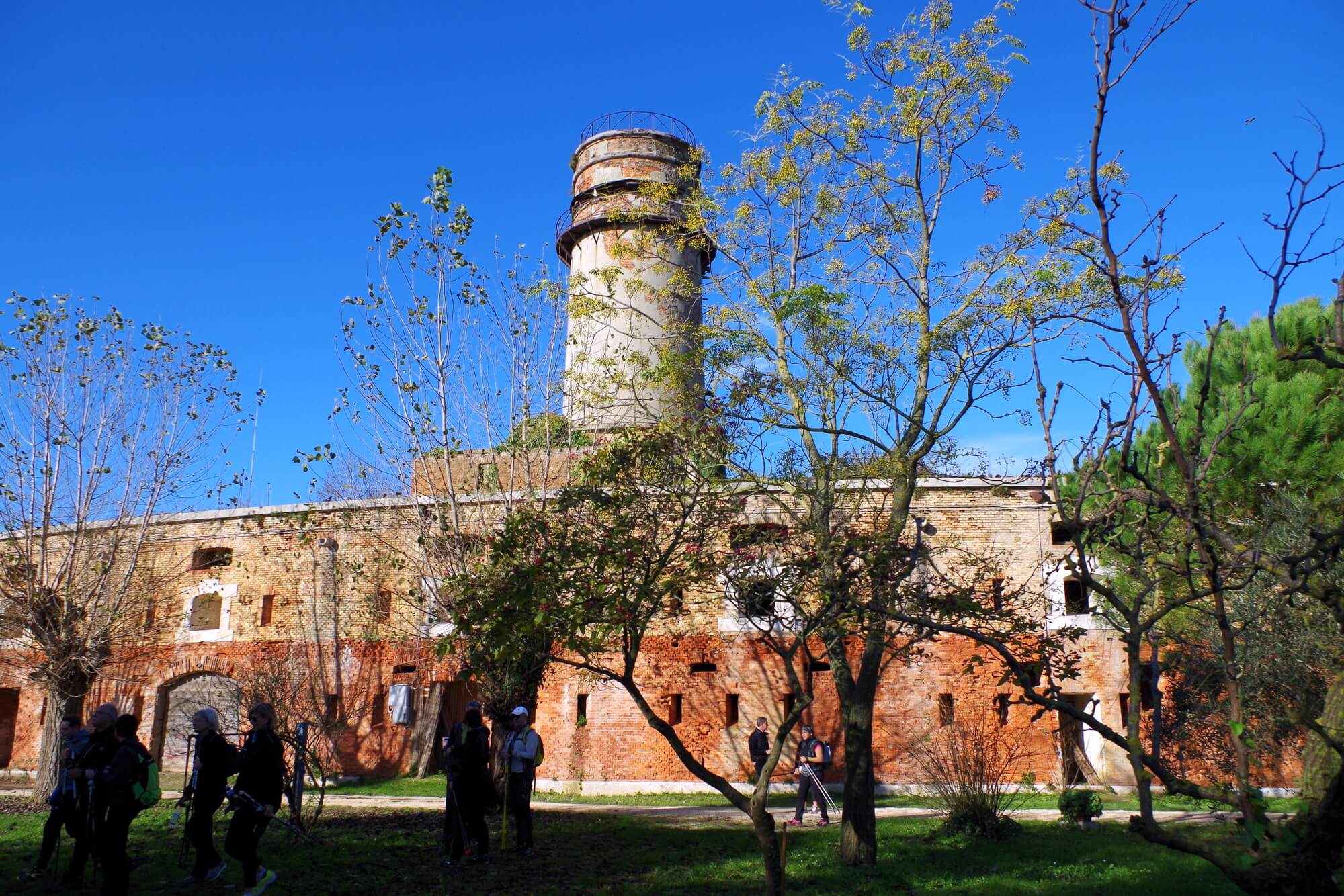 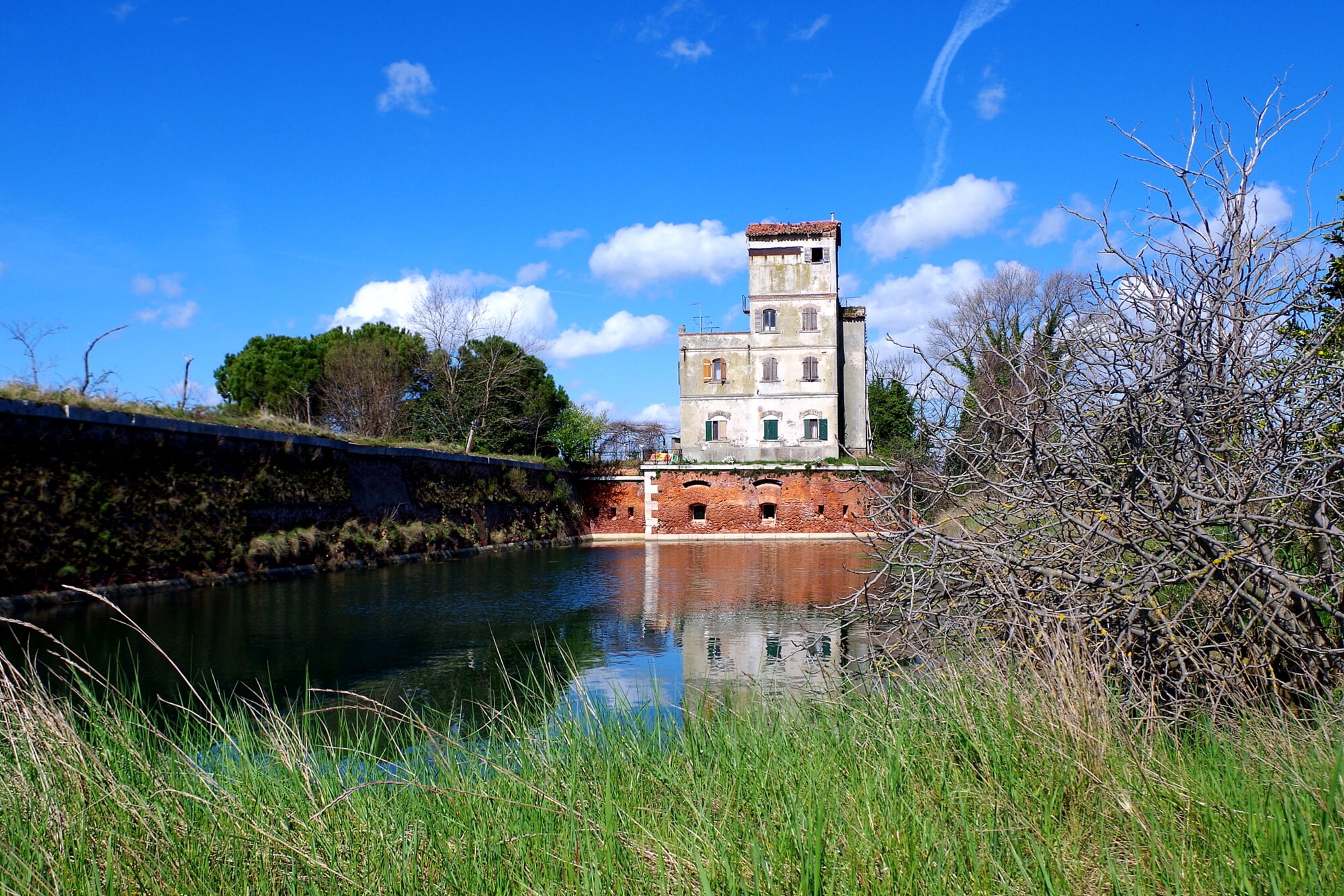